Generally defined, a fever is whenever there is a rise in body temperature that is well above your normal temperature. Many times, an issue like this is the result of an infection. The normal temperature of the human body is approximately 37 degrees Celsius; however, this amount always varies by about one or two degrees depending on the individual. 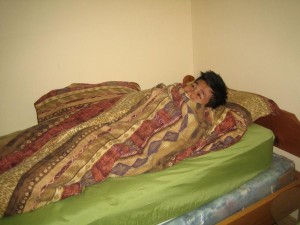 Generally defined, a fever is whenever there is a rise in body temperature that is well above your normal temperature.

There are a lot of people who tend to believe that the higher their body temperature is, the worse their illness must be; however, this is actually far from the truth. The actual truth is that even the slightest of fevers can boost the immune system the fight off a tough infection. This is something that can happen at around 39 degrees Celsius. However, children are a different story, as fevers in them can cause seizures and other serious issues. In fact, a fever that reaches around 42.4 degrees Celsius has been found to lead to permanent brain damage if it isn’t treated as soon as possible.

There are many different symptoms that can lead to the development of a fever, with the following being some of the most common:

One of the most common causes of a fever is an infection. These generally differ, but usually consist of the following:

*Colds or other breathing infections
*Urinary tract infections, strep throat, etc.
*Chronic infections including rheumatoid arthritis, which can cause fevers that can last for up to two weeks
*Malaria
*Heat stroke
*Side effects from various drugs
*Tumors that are malignant

How to Treat a Fever at Home

In the event that you come down with a fever, there are different methods that you can utilize to treat the issue at home. These include the following:

*Purchase over-the-counter medications at your local pharmacy and use them as directed
*Drink plenty of fluids, but not anything that can lead to dehydration (i.e. coffee, tea, etc.)
*Apply a sponge with cold water to your skin to help bring down the fever
*Don’t take ice cold baths, as this can conceal body heat and cause trembling, both of which can increase your overall body temperature
*Get plenty of rest

If your fever gets bad enough, you may need to consider making a visit to your doctor. These are some of the factors in which that may need to happen:

*The fever doesn’t go away within three days
*You’re unable to stop quivering or trembling
*You aren’t sweating even though you aren’t cold
*You get even sicker as each day goes by
*You gain more symptoms such as nausea, rash, rapid heartbeat, etc.
*You are either exhausted or irritable
*You have a bad headache that won’t go away even after taking medicine