More commonly referred to as a bladder infection, acute cystitis is an inflammation in the bladder that is generally caused by an infection and can cause severe pain. Generally, there are two different types of infection: 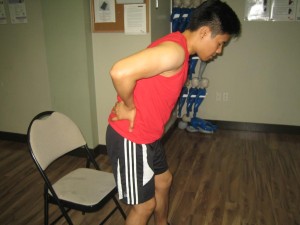 acute cystitis is an inflammation in the bladder that is generally caused by an infection.

*Uncomplicated, which mostly occurs in women who have no prior conditions that could have caused this to take place. Typically, these types of women are not pregnant and have also not fallen into their menopausal stage either.

*Complicated, which means that there are other separate factors to consider regarding what may have caused the infection.

Causes of the Infection

In many instances, acute cystitis can occur whenever bacteria gets into the bladder via the urethra, which is how urine is passed. Depending on the overall location, the bacteria can spread from areas such as the skin, rectum, lower intestines, etc. to the bladder, which, in turn, will infect that organ. Acute cystitis can also be caused by both trauma caused to the bladder and various medications.

Those most likely to get a bladder infection are women. On the other hand, there are other risks involved that can put someone at a greater chance of developing something like this. These can include the following:

Additionally, there are other risks that can increase the chance of a complicated form of acute cystitis developing. These include the following:

There are many different symptoms that can indicate that you may be suffering from a bladder infection, which can include the following:

*Feeling like you need to urinate a lot
*Urinating small amounts at a time
*Experiencing pain in the pelvis, lower back, or abdomen
*Burning sensation while urinating
*Cloudy/foul-smelling/bloody urine
*Contracting a low-grade fever
*Constant fatigue

If your doctor diagnoses you with a bladder infection, they will likely as you about all of the different symptoms you’re experiencing, on top of your medical history. From there, you will likely have to undergo a physical, which will include urinating in a cup. This sample will then be tested for any bacteria that may be present in it. If your doctor is under the impression that there may be complications from the infection, they will likely order further testing.

In many instances, acute cystitis can be cleared up with a simple round of antibiotics. Even though you may be feeling better while taking them, you need to finish the entire treatment. Additionally, there may be further medications that could help clear up all of the spasms and pain that you may be feeling.